The Ultimate Poker Books For Tournaments

I love poker tournaments because of the rivalry, strategy, and adrenaline. There is no better place to check your poker skills against famous poker players, and there is no greatest thrill than winning a Multi-Table Tournament.

If you enjoy tournament play (I suppose you are since you are reading this post), I have selected for you the best tournament poker books.

Is there only one type of poker tournament?

When players hear the word ‘tournament,’ they always think about a simple MTT (Multi-Table Tournament). However, there are more variations of poker tournaments!

That’s why I have divided the books into four categories: I hope you find here a poker tournament strategy book that will move your game to the next level!

One more thing. Bookokpoker is an independent blog. I don’t get paid for it.
So, if you decide to get any products, please do it via the affiliate links on my website. I will get a small commission at no extra cost to you. It will help me to create more valuable content for you. Thank you!

What is a Multi-Table Poker Tournament (MTT)?

MTTs are online and live games of poker that typically have anywhere from 20 to thousands of players competing at once.
The prize pool is usually defined by the number of entrants, and the top three places typically take home the lion’s share of the prize pool. Harrington and Robertie have written three volumes of “Hold ‘Em Expert Strategy for No Limit Tournaments.”
Volumes I and II are a must-read for anyone looking to improve their No-Limit Holdem strategy.
Volume 1 focuses on the fundamentals of the game.
To see the in-depth review of this book, click here. With “Harrington on Hold’em Volume II,” Action Dan has accomplished the seemingly impossible.

He and Bill Roberte composed a sequel that is so excellent that it is difficult to tell the difference in quality between the two books.
The sequel is as good as the first book!

What is ‘The Endgame’ about?

Vol. 2 continues the excellence of Harrington’s series by moving away from the conservative approach taken in the first book, which is perfect because you must learn to walk before you can run.
‘The End game’ guides you on how to play in the latter stages of a tournament when the number of the remaining players is smaller, the blinds considerable, and significant money is within sight.

Dan Harrington will teach you how to:

Harrington has written a book that even professional and advanced poker players will benefit from.

The most exciting parts of the book

One of the book’s most interesting parts is the already mentioned ‘concept of M’ and knowing why it is vital to understand where your stack is in relation to the blinds’ level.
Another crucial thing is that you will learn that almost any hand is worth playing when you play heads up.

I can recommend this book to any good poker player who isn’t and won’t be my opponent.
Jokes aside, if you are a MTT beginner and want to move your game to the next level, this is one of the best poker books ever written. However, ensure you read Vol. 1 before starting with Vol. 2. ‘Secrets of Professional Tournament Poker’ is the third edition of Jonathan Little’s book series on poker MTT strategy.
Jonathan Little wrote this instructive poker strategy book back in 2013. He focuses mainly on teaching the readers how to implement the strategies and fundamentals described in the first two books.
Jonathan has earned more than $5,000,000 in no-limit tournaments. Little is an excellent tutor and poker coach, as well as one of the top professional poker players in the world right now.
To read the full review click here. 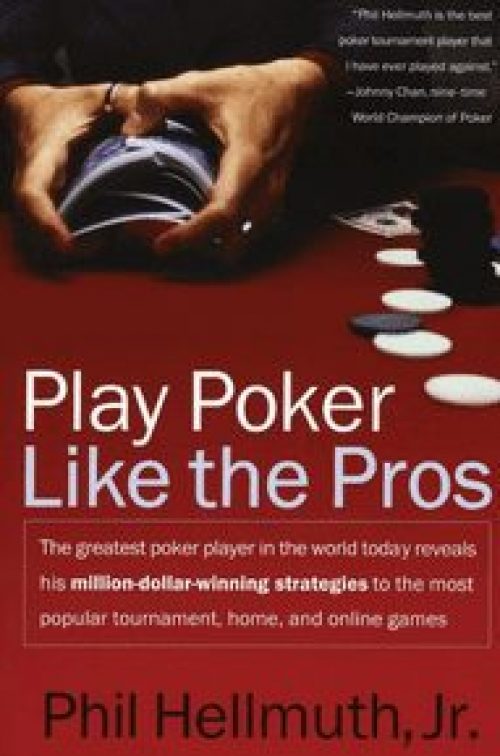 Someone can love or hate him, but one thing’s certain — no one can stay indifferent when Phil Hellmuth is playing poker.
His versatile style of play has made him an essential figure in the poker world, which is why his book ‘Play Poker Like the Pros’ has drawn much attention.
Read an in-depth review here.

Every Hand Revealed – by Gus Hansen 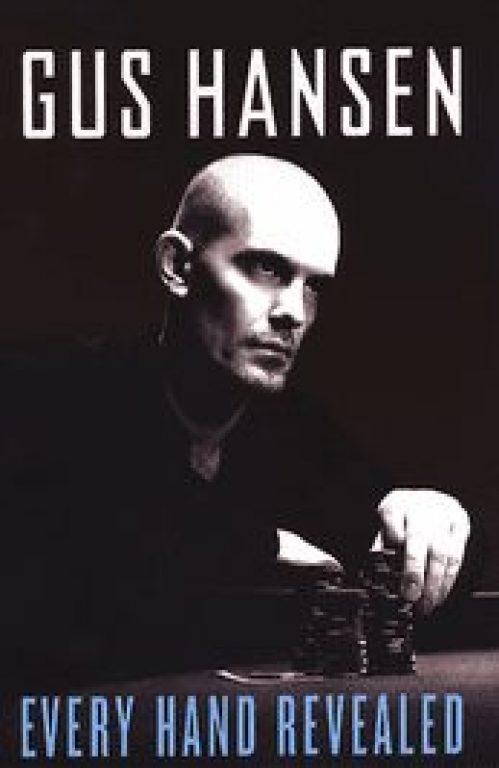 Citadel Press issued Every Hand Revealed in 2008.
It is a personal and organized 370-page long narrative of Gus Hansen’s procession to winning the Aussie Millions in 2007 and the prize of $1.2 million.
You won’t get far in poker if your playing style is not aggressive, and Gus Hansen’s undoubtedly is.
The Great Dane, as he is also referred to, has left the key to his brilliant poker mind ajar in his book ‘Every Hand Revealed.’ This book will take you through every single hand of the 2007 Aussie Millions he won by surviving 747 players.
For the full review, click here.

Top 2 Books To Improve Your Sit And Go Poker Strategy

What is a SNG poker tournament?

Sit and Go is a single-table form of poker. Most of the time, starting with six, nine, or ten players and paying prizes for the top three finishers.
This type of poker game is typically used in online poker rooms and is becoming increasingly popular in live poker rooms. This book should assist novice to intermediate players in creating a successful strategy for small and medium sng games played online.
If you adhere to the strategy, you should have no trouble dominating the small stakes, like $10 SNGs.
Not a book for before bed!
Reread the challenging concepts and treat this as a course. For an in-depth review, go to the below post: If you are a starting Sit-N-Go player, you should get this book!

Phil Shaw, aka Jackal69, is a pro player with a proven playing record.
He has successfully played at all sng levels, including high-stakes games. Phil is a SNG and mixed games instructor for CardRunners.

What will you learn from this book?

This book teaches how to:
You will also learn:

There are also quizzes at the end of the book

Along with Colin Moshman’s Sit n Go Strategy, this is the book that everyone interested in SNG should have on the poker bookshelf.
I recommend Secrets Of Sit N Gos to anyone starting to play this kind of game and who wants to become a winning poker player.

What Are Poker Satellites?

Poker satellites are tournaments that give the winner(s) a free or discounted buy-in to a larger MTT.
They can be single-table or multi-table and are often played both live and online.

You must remember that in a satellite, you compete for seats rather than money.
No matter where you place, you will receive the same pricing.
It’s all about surviving, not winning! This is one of the most important lessons you will learn from this book.
‘Poker Satellite Strategy’ by Dara O’Kearney and Barry Carter is one of the most important papers written on satellites.
Amazingly, there are not many books on satellites considering that they are the simplest way to win a major event and earn a significant sum of money.
To see an in-depth review click here.

What are Bounty and Knockout poker tournaments? 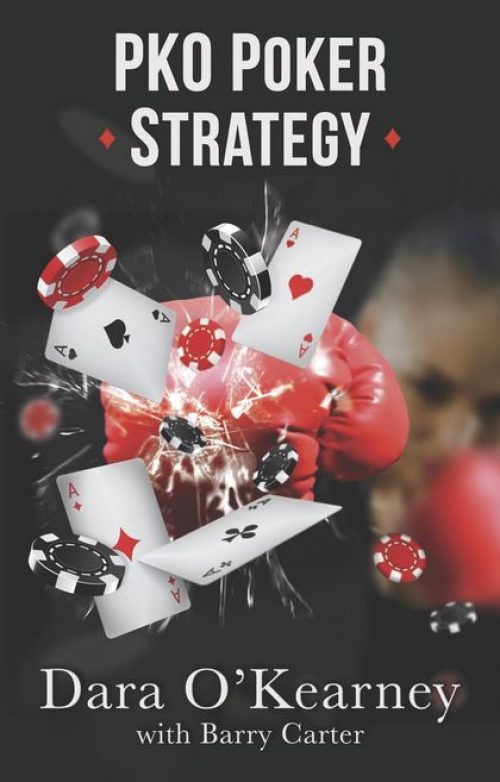 This is the second book on this list by Dara O’Kearney and Barry Carter. PKO Poker Strategy covers the following subjects:
Each chapter begins with a GTO framework and clarifies how you should shift off course as the table dynamics change.
Thanks to the authors’ writing style, the math you must perform at the PKO tables becomes easy to understand.
They adapted a logical structure, and their writing is clear and concise.
This book includes many examples, charts, and tables.
One of the most important lessons that you will learn is how to make money by knocking other players out rather than focusing on winning the Bounty and Progressive Knockout online poker games.

I can recommend PKO Poker Strategy to these players who already have a good understanding of poker. If you want to be a winning player at Bounty and Knockouts, this is the best book to get.

Which tournament poker book is your favorite?

Let me know in the comments below.

9 Best Poker Books For Beginners – Based on Your Poker Knowledge